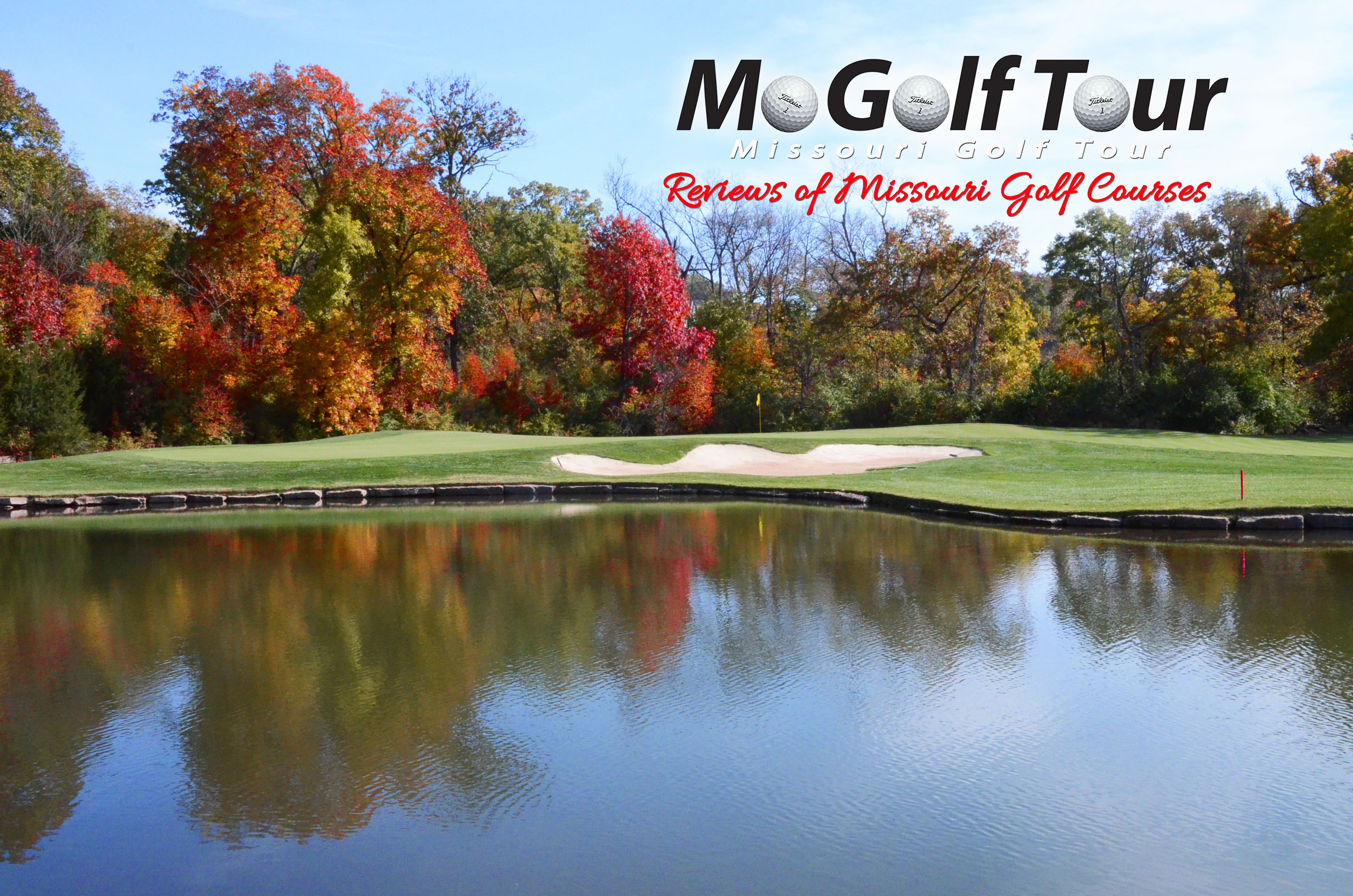 Porto Cima is one of the state’s best courses. . . maybe the best. It is designed by Jack Nicklaus. It is a very difficult course because almost every hole is bordered by wooded area, so if you spray at all you are in the woods and your ball is likely lost. There is obviously a premium for keeping your ball in the fairway. Porto Cima is immaculately maintained, has a great design, great staff, etc. But, what Porto Cima has that very few courses in Missouri have are the views. Several holes border the lake so there are many stunning backdrops to already incredible holes. If you get the opportunity to play this club, do so.

See this course on our Facebook page at: www.facebook.com/mogolftour.

I love this course! Buffalo Ridge Springs Course is my favorite course in Missouri, public or private. This course is simply spectacular. The Ozark Mountains apparently make an excellent canvass for creating golf course masterpieces and Buffalo Ridge is the Mona Lisa of Missouri golf courses. The views are stunning and every detail was considered when designing and maintaining this course. The current owner of the course is Johnny Morris, the $4 billion founder of Bass Pro Shops. He obviously has the money to do everything first class and he spared no expense with Buffalo Ridge Springs Course. Formerly Branson Creek, Buffalo Ridge is a very playable course with challenges lurking everywhere. It seems like the course is 90% sand traps, considering the amount of time I spent in the bunkers, but if you can navigate around the hundreds of these little miniature Sahara Deserts and the plethora of lakes, creeks, waterfalls, etc. you can score fairly well. The wide and lush fairways are fairly forgiving and there are not a ton of OB’s. They warned me beforehand that they had just aerated the greens but they still putted fairly true and were pretty darned fast. I actually loved the greens and can’t wait to play them again next year when they should be even faster. I have never been to Branson and broke out in a rash when driving down Main Street, but it is definitely worth the drive (even if you have to fight the Presleys’ Country Jubilee and Andy Williams traffic) if you have the opportunity to play Buffalo Ridge Springs.

The first few holes at The Country Club at Loch Lloyd are some of the prettiest in the state. Like its sister course, The National, Loch Llod provides a difficult test of your golf skills and is immaculately groomed and maintained. The course is tough, with a 144 slope from the tips. Hazards and trouble abound: creeks, lakes, OB, many, many white fluffy bunkers and large, super-fast greens. The greens have a high level of complexity and if you are able to complete a round with NO 3-putts, you are a better man (or woman) than me. This is a very tough course but also a lot of fun. The beautiful roughs (rarely is “beautiful” used as a descriptor of roughs) are consistent and reasonably short so lost balls are kept to a minimum. Many spectacular homes surround the course which adds to its splendor. Like many finer clubs, there are no tee markers so I got lost a couple of times but this course is not open to the public and members know where they are going.

The original front nine was replaced many years ago but it is still available to members for play. It is called the Sechrest Nine and, if I belonged here, I would play this nine often particularly since it gets much less play. It is much more flat and has bent grass fairways. The fairways are very narrow for the first couple of holes and then it opens up a bit after crossing the road.

If you know someone who belongs to The Country Club at Loch Lloyd, get yourself invited to play.

Reviews of All Missouri Golf Courses