Rough
Medium, but not too punitive 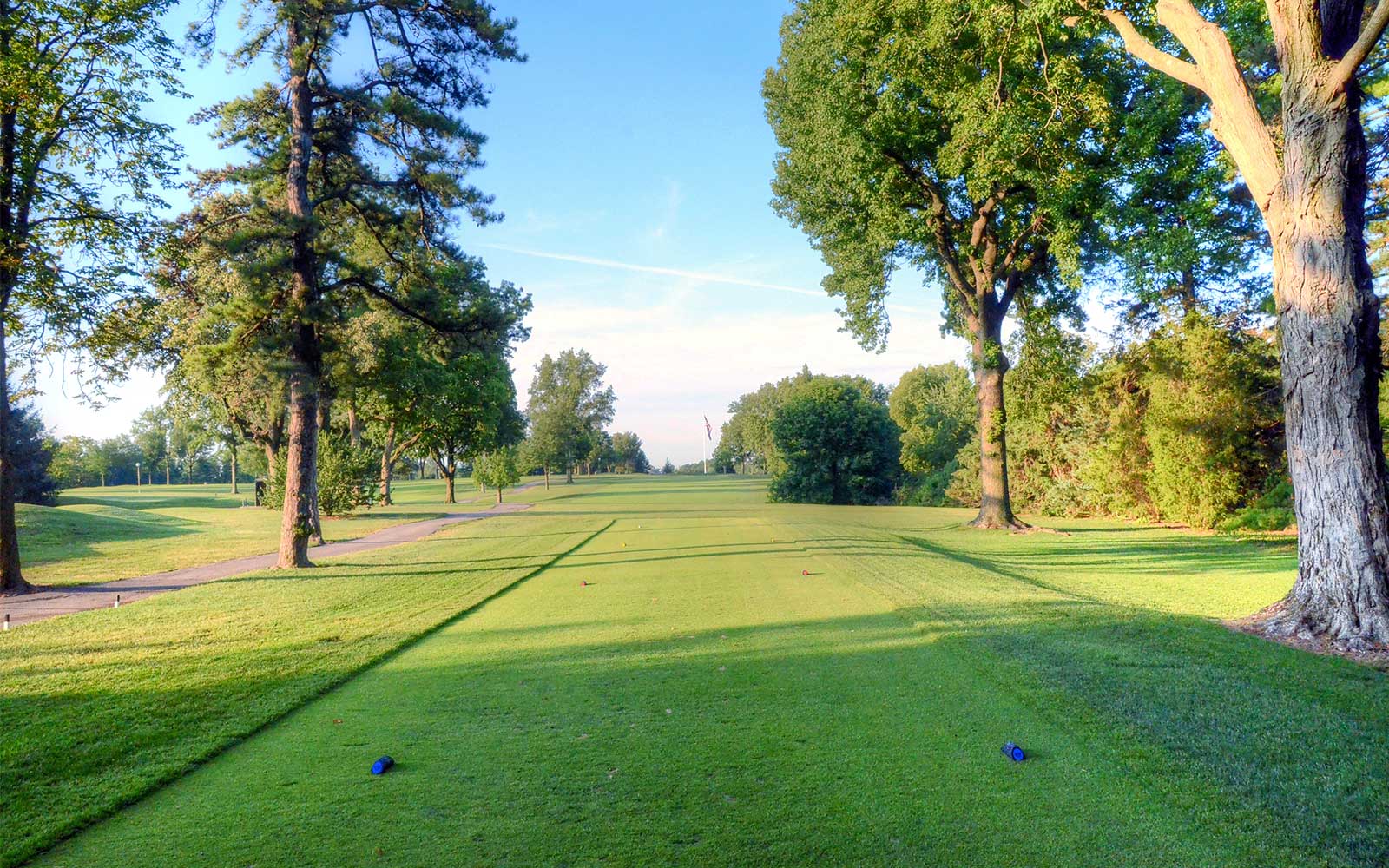 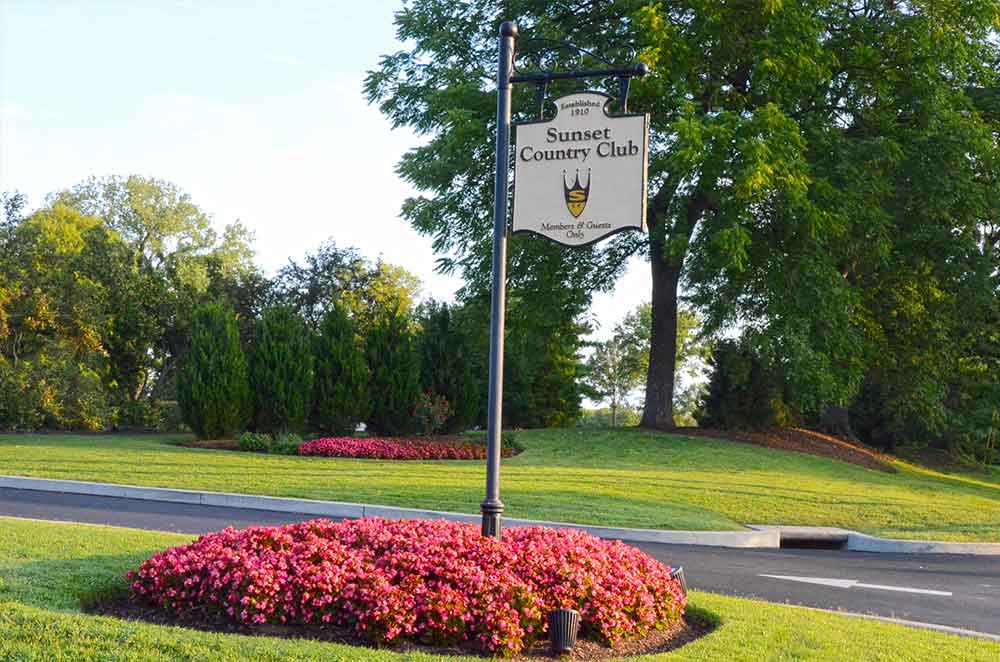 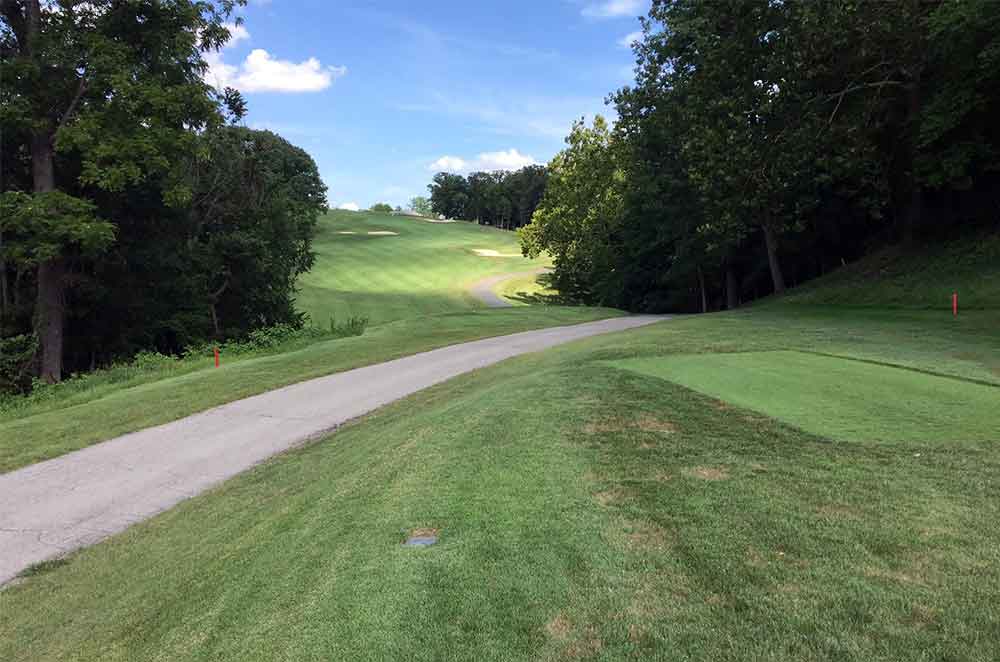 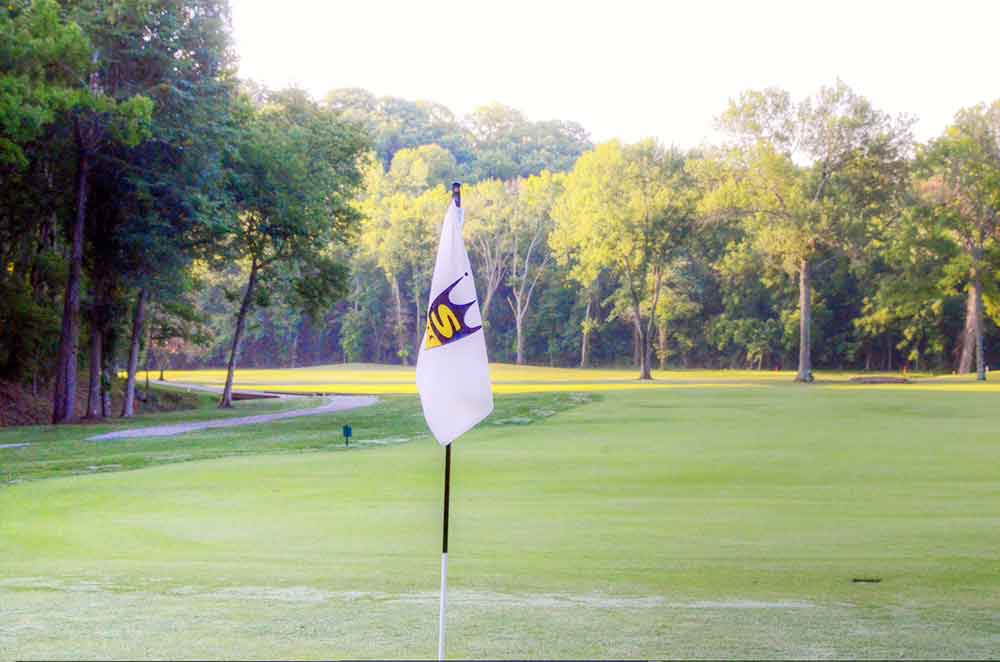 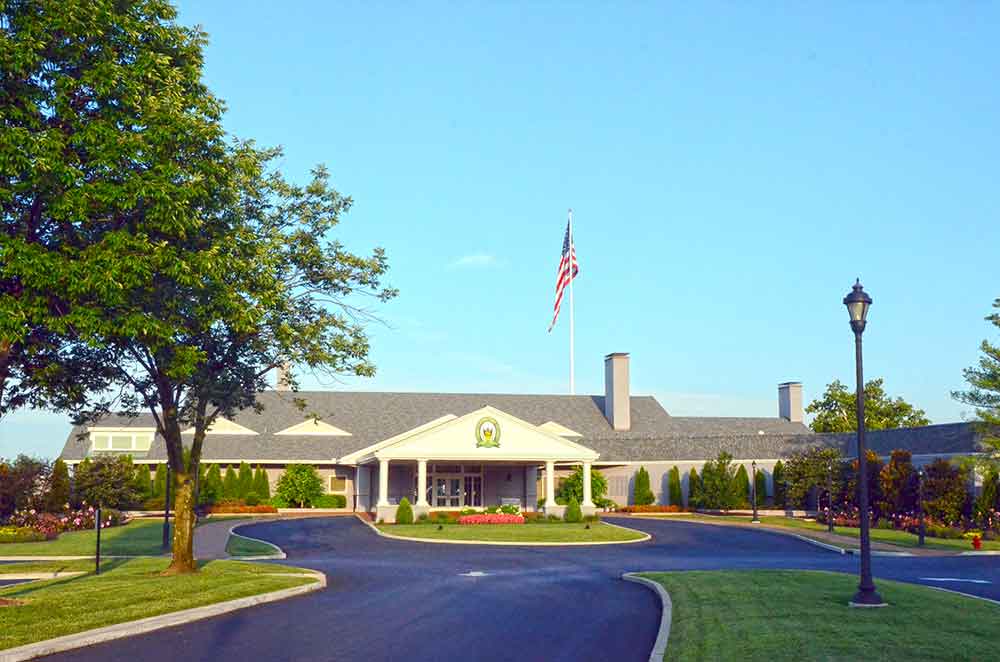 All of the world religions have origin stories. Most are pretty similar to one another, so whether you follow Yahweh, Jesus, or Allah, you believe in an almighty god who found a way to create the heavens and the earth.

Golf courses have origin stories too, and they’re also pretty similar. Generally they involve one or more white men with a passion for golf, a vision, plenty of dough and a tract of land. The one thing the origin stories don’t generally have, however, is a guy with an ax to grind.

The founding of Sunset Country Club in [Glendale/Crestwood/Sunset Hills???] is the stuff of legend. It goes like this.

Aldophus Busch, founder of the eponymously named brewery, liked golf. But he also liked being rich and more than either of those, he liked being accepted by other rich people. So, at the turn of the last century, he forked over a deposit and applied to join St. Louis Country Club. At that time, the board of SLCC was comprised largely of established people who made their money in conventional ways: industrialists raping the earth for profit, lawyers robbing from the poor to give to the rich, and business owners selling defective, unregulated American-made products manufactured with child labor. These decent people saw no reason to admit a rough-around-the-edges, immigrant beer salesman. And so, Busch was rejected.

Busch was furious. So rather than wait a year and reapply, or find another country club, he did what any self-respecting, laughably wealthy alpha male would do: he decided to take a few hundred acres of prime real estate near his regal estate (what’s now Busch’s Grove) and build his own damn club.

Sunset Country Club opened its doors in 1910 as a monument to Busch’s revenge. It has been a fixture in St. Louis’ private golf club world since then, wearing its outlaw status on its sleeve in order to portray itself as less stodgy and more welcoming to anyone who has the means, but might not have the “old money” that, Busch believed was a sine qua non of membership at St. Louis, Bellerive, or, later, Old Warson Country Clubs.

And while that makes a great origin story, playing Sunset mid-week and midday does put one in the company of a lot of ossified white men who would not look out of place at any of the above named clubs. After nine holes, I walked into the snack bar for a glass a water and its sole inhabitant was an octogenarian wearing long pants and a polo shirt under a tweed sport coat on a 95-degree afternoon. I nodded at him and said, “How you doing?” to which he replied, “I’m great. Thanks for asking, brother.”

Brother? Guy was easily old enough to be my father.

The golf at Sunset was good, but not quite championship quality. The zoysia fairways were immaculate and the greens fair and fast. The Bermuda rough was short and of little consequence, and from the regular men’s tee, the course was a very manageable 6200 yards (par 72). Some holes play much longer than the stated distance because there are some serious elevation changes at Sunset.

My host would routinely advise me to “go up two clubs,” and he was right. Standing 140 yards from an elevated green I was usually employing my 160 yard club.

Despite sitting on a massive piece of property, the course felt tight. A lot of target golf at Sunset and a lot of blind shots. Having a host familiar with the course saved me at least nine strokes.

Quirks aside, Sunset is gorgeous. It is an island of tranquility in south St. Louis County. And though it is bordered by a major thoroughfare and an interstate highway, they are almost entirely out of sight and completely inaudible. There are only a handful of houses on or near the property, so when your round of golf commences at Sunset, you can leave the workaday world behind and focus entirely on your game.

One gripe: the sand in the bunkers was too shallow and too firm. Any uninformed guest playing with a high bounce sand wedge would be frustrated skulling balls from these semi-hardened cement pits. But in the course’s defense, it has been a rainy summer.

Best part of golf at Sunset: no tee times and a blistering pace of play. My host and I made our way around in under three hours, and that included time looking for balls I rocketed out of greenside bunkers with my high bounce sand wedge.

Wealthy people who lack the connections or the old money to enter St. Louis or Bellerive Country Club will find friends and fine golf all day long at Sunset.