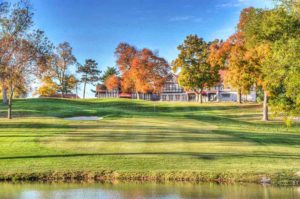 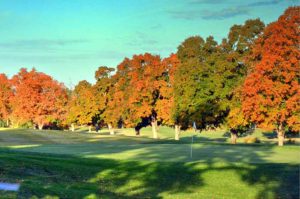 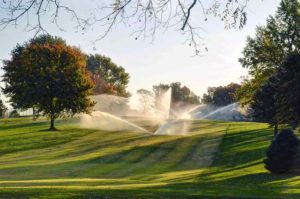 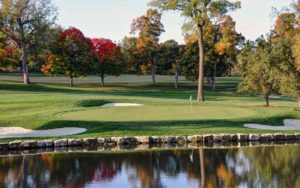 As you drive up the hill to the St. Joseph Country Club clubhouse in St. Joseph, Missouri you will be taken back to grand ole days of golf. I imagine that at the turn of the century (1900) that only the elite of the elite of St. Joseph high society belonged to this club. It is glorious and quite stately. I did not have the opportunity to tour the inside of the clubhouse but I assume it will be lined with dark walnut, everyone speaks in hush tones and several men in suits gathered around the fireplace drinking cognac and smoking fine cigars. The course itself is actually quite stately as well with a little wear around the edges. Because of its age the trees are large and mature, making well placed drives a necessity if you want to shoot well (which I didn’t). The Bentgrass greens are beautiful, in wonderful condition and fairly quick. The Zoysia fairways are in reasonably good shape and well manicured. The rough is a little patchy and medium height. I found myself moving the ball around, particularly in the rough, to have a fair lie (hey, “winter rules” are now in effect, aren’t they?). The roughs at the high end clubs should be uniform. The sand is white and reasonably fluffy. I actually became an expert on their sand because I spent more time in the sand than Omar Sharif. The par 3’s were crazy long. I had to use my driver on 2 of them which were 200+ yards UPHILL. Yikes! Overall, I REALLY enjoyed playing St. Joseph Country Club and would definitely be a member if I lived in the area (and, if they’d let me in).