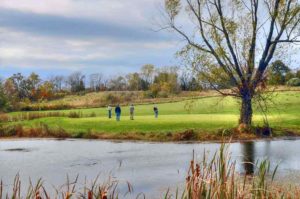 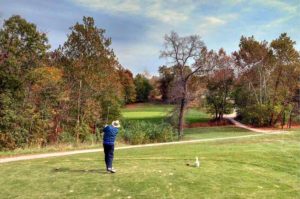 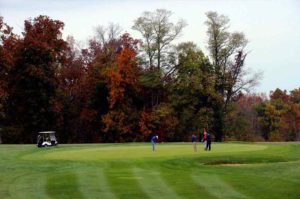 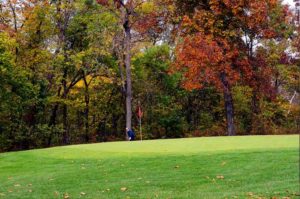 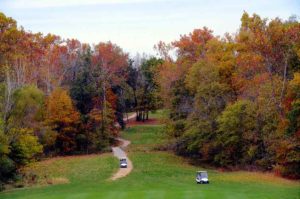 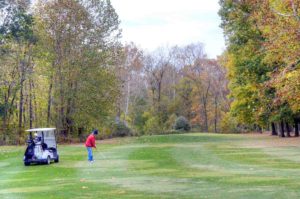 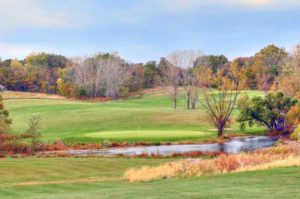 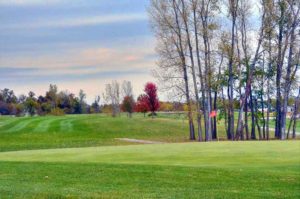 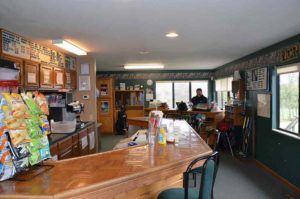 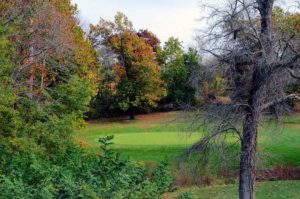 The course was built in the mid 90’s by a couple of brothers, who are omnipresent, on the farmland owned by their father. His middle name was Norwood, hence Norwoods Golf Club. The course is an excellent course (and value) on the outskirts of Hannibal, Missouri. There is a distinct difference between the front and back nine with the latter having much more character. The front nine is fairly wide open and the back has much more diversity with a few VERY narrow holes, flanked by dense mature trees. It was a picturesque course, particularly since I played during late October when the trees were beautiful. The tees, fairways and greens were very nice. Somewhere just south of Hannibal is the line that makes zoysia less desirable (to the north) so Norwoods’ fairways and tees were blue grass, which is lush, green and beautiful. If you live in the NE or within a hundred miles of Hannibal (St. Louis qualifies) it would be a nice day trip for your foursome. Or, bring your wife and you can play golf while she shops in Hannibal. Or, she can play golf while you shop if that’s the way it works in your family. Believe me, I am not judging.