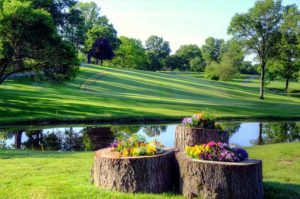 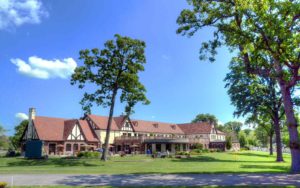 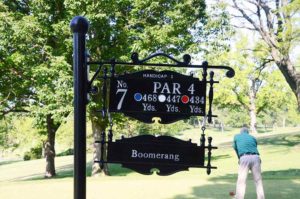 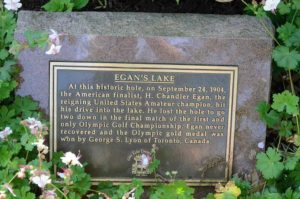 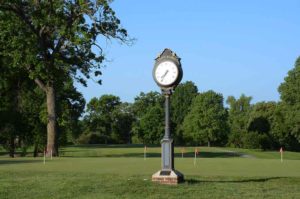 For the (membership) money, Glen Echo Country Club may be one of the nicest courses in Missouri. It is almost in perfect condition. It is simply pristine. This course has a very nice, efficient layout that is wonderful if you are a walker. But, you should be in golf shape because the rolling Missouri hills will give you a workout. The beautiful zoysia fairways are flanked by century-old trees that serve as stoic guards. The roughs, while not punitive, are consistently thick/lush and pose just enough difficulty. They make your ball slightly difficult to find – but, I did not lose any balls. Glen Echo is supposedly the oldest course west of the Mississippi and hosted the only Olympic Golf Championship ever on American soil (in 1904). Glen Echo Country Club could easily compete with the Big 4 in St. Louis, Missouri if not for its near north county location and the MetroLink tracks running adjacent to the course.